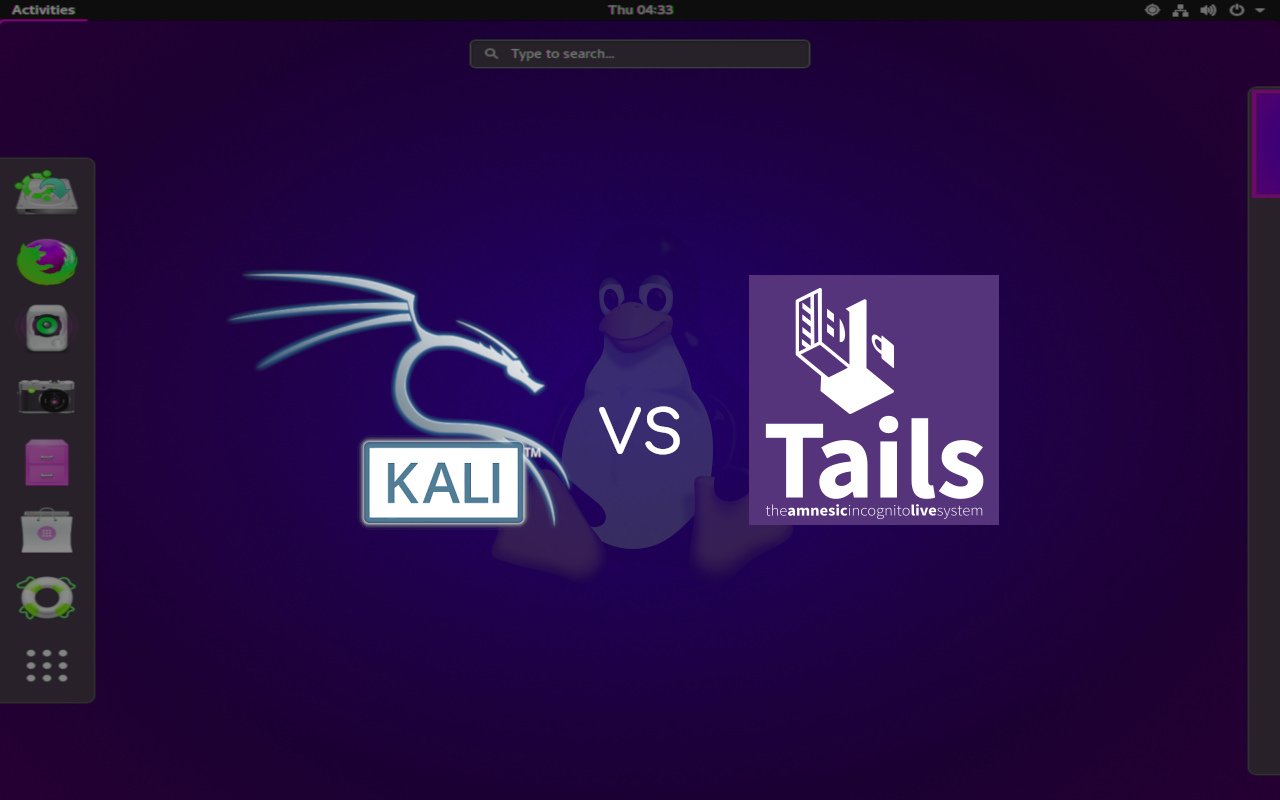 Kali Is All About Offensive Security 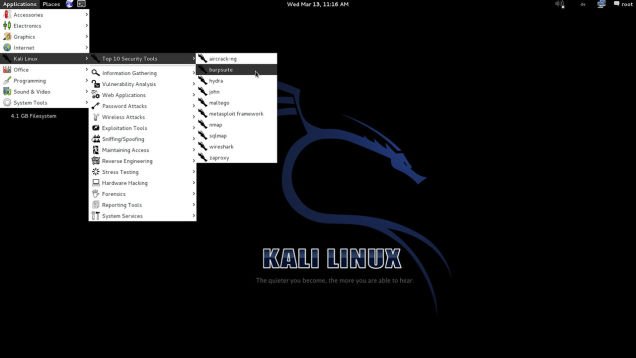 Where Tails is about anonymity, Kali is mostly geared toward security testing. Kali is built on Debian and maintained by Offensive Security Ltd. You can run Kali off a Live CD, USB drive or in a virtual machine.

See also: How To Turn Your Favourite Pair Of Headphones Into A Headset

Kali’s main focus is on pen testing, which means it’s great for poking around for security holds in your own network, but isn’t built for general use. That said, it does have a few basic packages, including Iceweasel for browsing the web and everything you need to run a secure server with SSH, FTP and more. Likewise, Kali is packed with tools to hide your location and set up VPNs, so it’s perfectly capable of keeping you anonymous.

Kali has around 300 tools for testing the security of a network, so it’s hard to really keep track of what’s included, but the most popular thing to do with Kali is crack a Wi-Fi password. Kali’s motto adheres to “a best defence is a good offence” so it’s meant to help you test the security of your network as a whole, rather than just making you secure on one machine. Still, if you use Kali Linux, it won’t leave anything behind on the system you’re running it on, so it’s pretty secure itself.

Besides a Live CD, Kali can also run on a ton of ARM devices, including the Raspberry Pi, BeagleBone, several Chromebooks, and even the Galaxy Note 10.1.

Pros: Everything you need to test a network is included in the distribution, it’s relatively easy to use, and can be run on both a Live CD and in a virtual machine.

See also: Setting Up Virtual Machines On a Dual-Boot System

Who It’s Best For: Kali is best suited for IT administrators and hobbyists looking to test their network for security holes. While it’s secure itself, it doesn’t have the basic daily use stuff most of us need from an operating system.

Tails Linux is a kind of computer-in-a-box. You install it on a DVD or USB drive, boot up the computer from the drive and, voila, you’re pretty close to anonymous on the internet. At its heart, Tails is a version of the Linux operating system optimized for anonymity. It comes with several privacy and encryption tools, most notably Tor, an application that anonymizes a user’s internet traffic by routing it through a network of computers run by volunteers around the world. Tails makes it much easier to use Tor and other privacy tools. Once you boot into Tails which requires no special setup Tor runs automatically. When you’re done using it, you can boot back into your PC’s normal operating system, and no history from your Tails session will remain.

See also: How To Keep Your Cool (And Your Friendship) After A Rejection

Django vs Laravel vs Node.jsBootstrap vs Foundation vs Material-UINode.js vs Spring BootFlyway vs LiquibaseAWS CodeCommit vs Bitbucket vs GitHub