Every musician needs to know the chords for the piano. They are required for the performance and composition of compositions. Many ignore this knowledge, but it is recommended to take into account the information provided below. Without it, it is impossible to achieve professionalism in playing a musical instrument.

Chords are of the following types:

The most common piano chords include:

One way to get a basic chord shape is to put your thumb and fingers on adjacent white keys and press them with your thumb, middle finger and little finger. Learning this technique will help you to play various basic piano chords with ease.

What are piano intervals?

The distance between piano notes, called the interval, determines how they sound when played together (pressed simultaneously). Intervals are measured in half-steps and whole steps.

Half steps. Half-step is the distance from one key to the next key to the right or left of it.

Whole steps. A whole step is a distance of two half steps.

Common intervals. The common interval used in piano chords is the major third, which is a distance of two whole or four semitones. 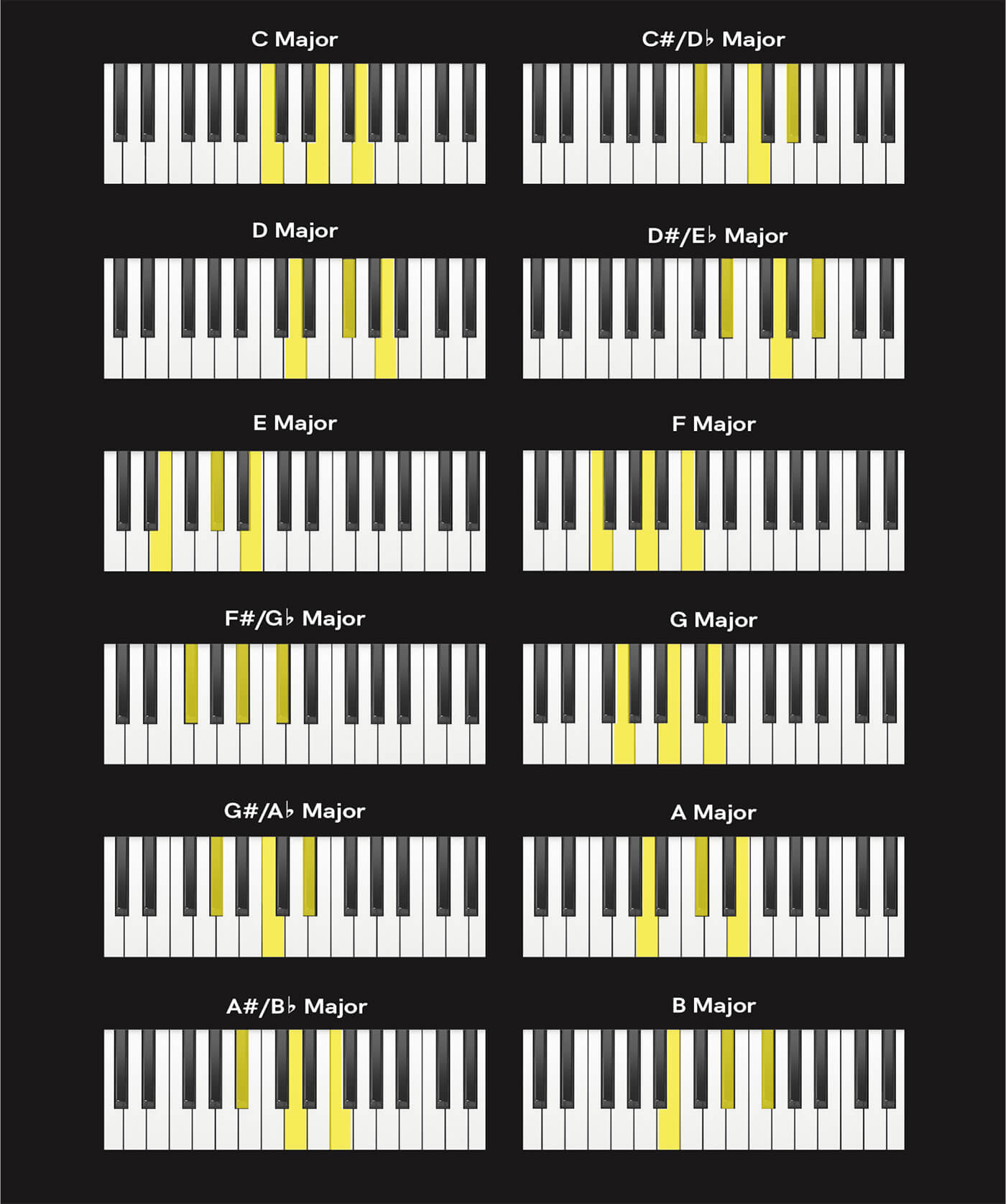 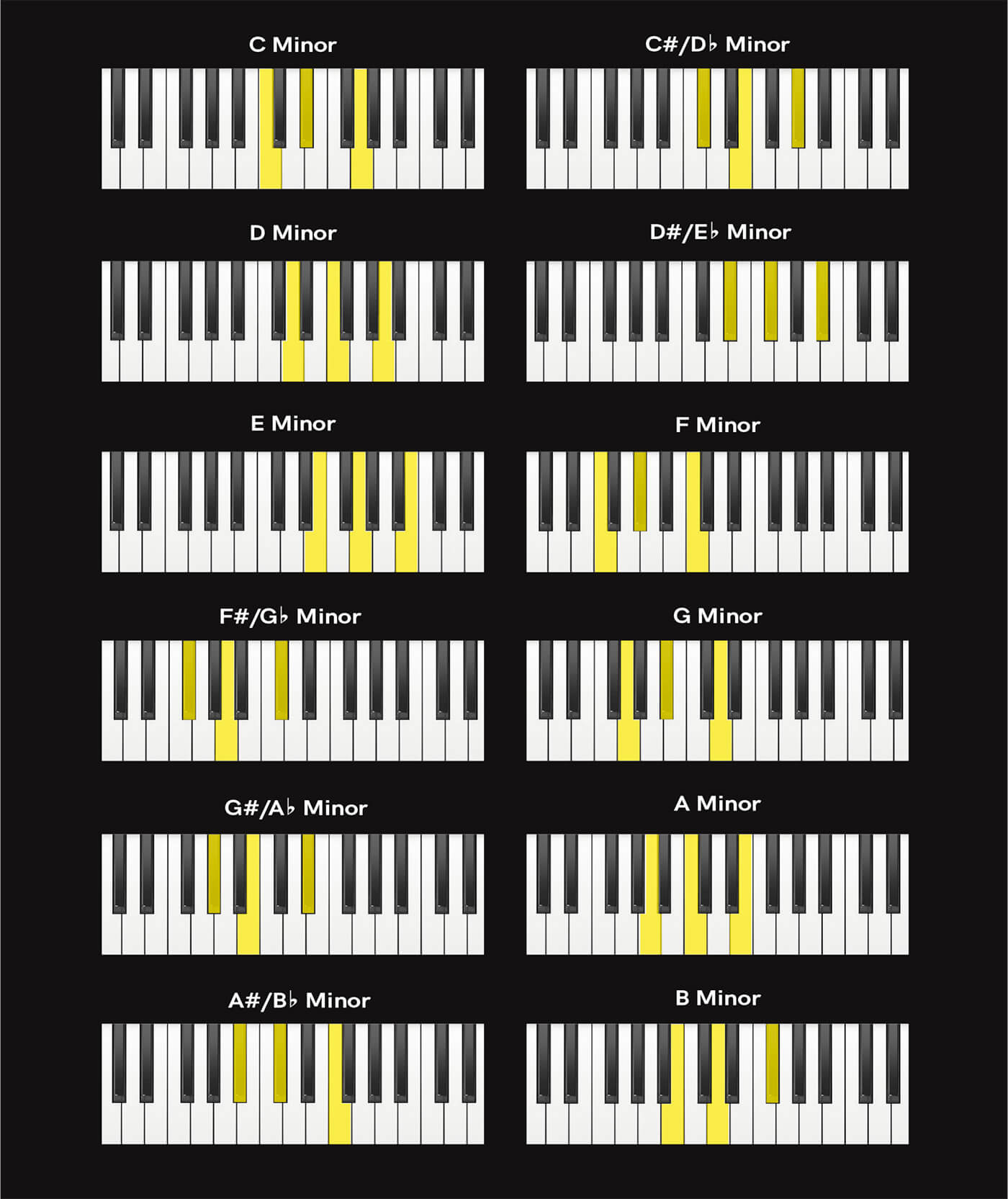 Piano chords require in-depth study, especially if you are aiming to write music. Each category includes subspecies. You can study them online or in specialized schools.

Our service is ready to help you master this area of piano playing. The proposed information will allow the musician to better understand how the melody is built. It will help to achieve sound integrity.